According to reports from a conference call last week where the WSOP discussed plans for the year, the full schedule for the 2016 World Series of Poker should be out next week (last year it was released on 3 February). Once that’s out, the other Vegas summer series will begin to drop, as they all attempt to capitalize on the types of players who are in town for specific events (you’ll see the Seniors tournaments clustered around a single week, PLO and other specialty games at other venues to soak up WSOP bust-outs, etc. One inspiration for my calendar has been the Las Vegas summer compilation put together by Kenny ‘@SpaceyFCB‘ Hallaert (who was at the Colossus final table last year) for the past several years. Kenny puts every event at the Rio, Venetian, Planet Hollywood, Aria, Wynn, Golden Nugget and more on a single spreadsheet (now on Dropbox), laid out day-by-day, with times, buy-ins, a breakout list of non-NLHE events, daily tournament info, rake, and more. Because this year’s schedules haven’t been posted, the current sheet is a bit spare, but if you want to see what the beast will look like by May, dial in last year’s compilation.

BTW, if you are making plans for summer in Vegas (good for you!), there’s never a better time than now to review my notes from last year’s Colossus weekend! 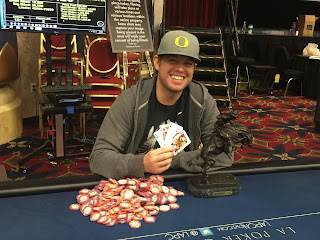 Event #27 at the LAPC was Big O (five-card Omaha Hi-Lo, if you haven’t played it), which has been a staple of a cadre of Oregon players for several years, particularly at Portland Players Club, where some of their biggest buy-ins and guarantees were for “The Devil’s Game” as I call it (a 2014 $300 buy-in event with a $5K guarantee ended up with a prize pool of nearly $16K).

Two Oregon players made the final table of the 101-entry event. The winner was Stephen Johnson of Eugene (he chopped with CA pro Chris De Maci but won the trophy and first place honors). Former PPC dealer Bryce Burt (who was dealing at Final Table before heading down to LA) took fourth. 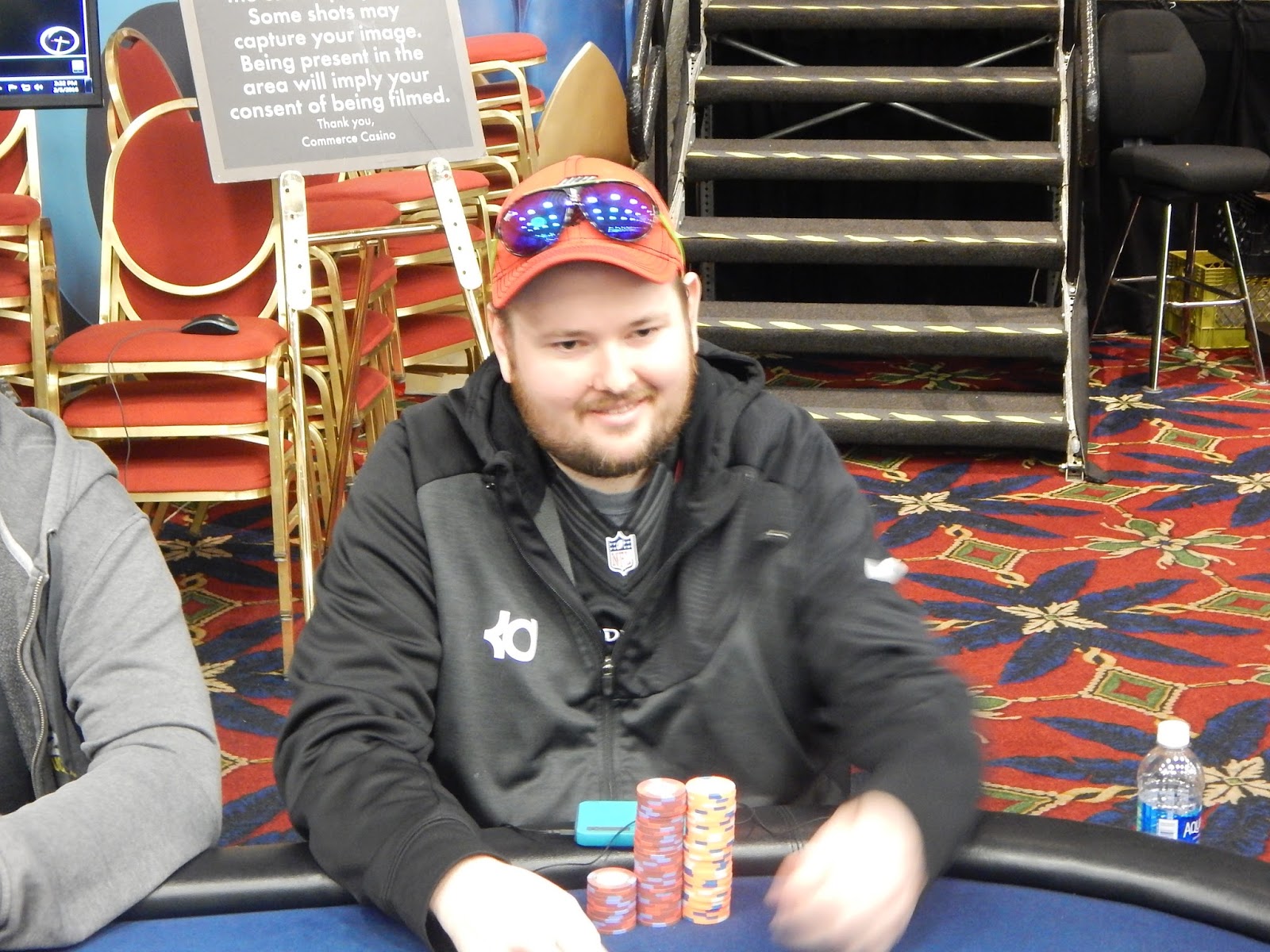 There’s a $570 Big O event coming up at Bally’s at the end of the month, for a WSOP Circuit ring. I’d expect to see some more Oregon players there.

First, get your hands on wads of cash, you’re playing in the WPT!

Actually, the swing of the WPT through Northern California (after finishing up the $10K at LAPC) has three events catering to gradually smaller bankrolls. The big events at each stop are:

The series overlap each other a bit, so if you drove to San Jose by 6 March when the Shooting Star has its first event, if you don’t make Day 2 of the Main Event, you can get to Thunder Valley in two-and-a-half hours for the $50K guarantee Rolling Thunder Opener, play through to the end of the series there on the 16th, then drive another two hours to Reno for the rest of the month.

This Week in Portland Poker

Only a Day Away

Check out the Pacific Northwest Tournament Calendar for more poker.